British charities are asking young LGBTQ people to stay in the closet during the COVID-19 pandemic to protect them.

For most LGBTQ young people, everything goes perfectly well when they come out, but every year many young people face rejection from their parents when they announce their sexual orientation and find themselves homeless.

This may seem contradictory because we are always happy to see a young person proudly display his or her belonging to our community, but the COVID-19 can put many young people in a difficult or even dangerous situation.

Thus, in an interview with Sky News, the Albert Kennedy Trust (AKT), a British charity that helps young LGBTQ+ homeless people, advises young people to “think hard” before coming out, or even “press pause”.

“If you’re a young person and you’re thinking of coming out, press pause on that until you get support,” said Tim Sigsworth, AKT’s CEO. 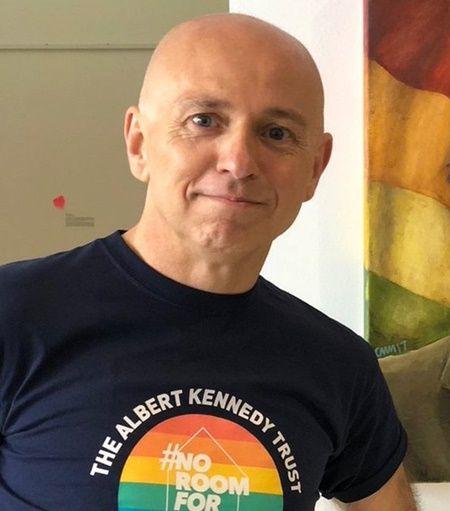 During the lockdown, parents can be stressed by not being able to work as usual, and some have even been forced to stop working and worry about the future of their jobs.

Also, they have to keep their children busy when they can’t go out while ensuring that they do their homework. In short, our lives have suddenly changed, stress can arise and we don’t know how long this will last.

I just heard that Japan, which had done well, was unlocking people when suddenly they had to back off and isolate everyone urgently.

Because of all this, LGBTQ organizations are asking young people to wait before coming out because parents may respond badly. And also because being homeless now can put their lives in danger even though we can understand it, they want to come to terms with themselves.

“You can’t predict at these completely unprecedented times how your parents will react,” Sigsworth said. “They, like you, are under a lot of stress and they may not react in a positive way.”

“We’re all being told to self-isolate, so being on the streets, it has to be the most dangerous place for a vulnerable young person at the moment,” he added.

Research conducted in the UK by the AKT and YouGov has shown:

Also, according to charities across the country, a quarter of homeless young people in the UK are LGBTQ people.

“Talk to somebody, get some advice. Maybe pause for the minute and let’s look at what your situation is,” said the AKT.

In many countries, authorities have seen increases in domestic violence against women and children since the self-isolation.

So patience young LGBTQ, your time will come.

More in this category: « Fermoy To Break Its Twinning With A Polish City After Anti-LGBTQ Positions Taken Bosnia And Herzegovina Takes The First Step Towards Recognition Of LGBTQ Unions »