Will Italy Ban Discrimination And Hate Crimes Against LGBTQ People? 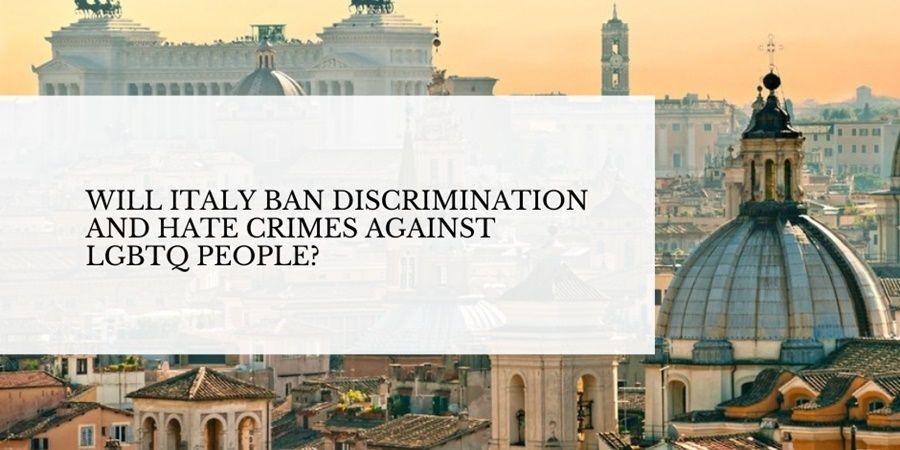 In Italy, despite the opening of civil unions to same-sex couples in 2016, the LGBTQ community is far from being accepted, so a bill against discrimination and hate crimes was introduced in Parliament this summer.

Italy is totally behind in protecting LGBTQ citizens.

To give you an idea, the European average is 72%.

A Bill To The Rescue

The current law punishes hate crimes based on race, ethnicity, religion, and condemns any neo-Nazi or neo-fascist actions or slogan.

The bill of Alessandro Zan, a gay MP with the Democratic party, aims to prohibit discrimination and hate crimes based on sexual orientation and gender identity.

Sanctions will be up to four years imprisonment.

“Today we have a firm and decisive majority in the parliament committed to approve this law, knowing that in Italy there are serious issues of discrimination and racism towards homosexual and transgender people,” said Zan.

It’s Not A Sure Thing

The debates started on June 30, 2020, and I might as well tell you they were stormy. They continued in July with a demonstration by extreme right-wing opponents and Catholics, together against the bill which they see as a threat to freedom of expression.

“The idea that the law would restrict free speech is such fake news,” said Zan. “The law works to fight discrimination, not limit the freedom of thought. They are using LGBT people as an enemy to fly an ideological flag and ignite hatred, rather than discuss the merits of the law.”

The vote has not taken place yet.

More in this category: « French Assembly Adopts The Opening Of IVF To LGBTQ Women