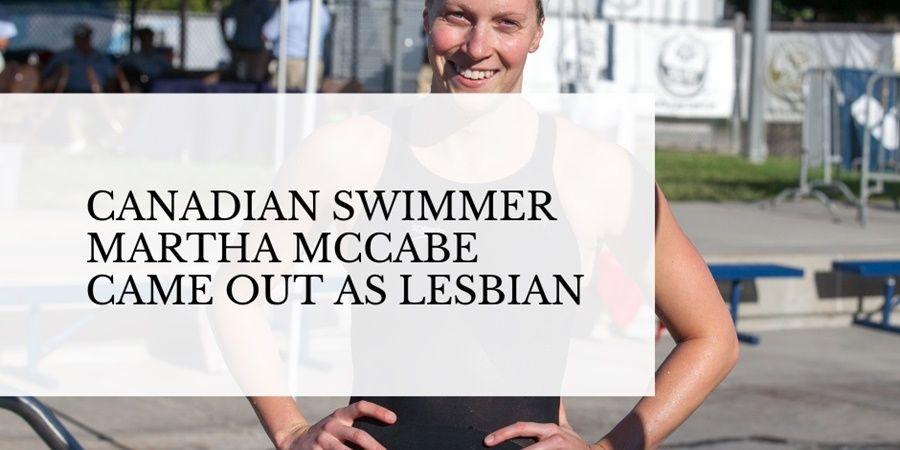 After winning a bronze medal at the World Swimming Championships in 2011 and finishing 5th at the Summer Olympics in London in 2012, Canadian 200m breaststroke swimmer Martha McCabe took on a new challenge: to be a role model for young lesbian swimmers.

“A Secret Love”: A Beautiful And Moving Lesbian Romance Netflix has released a beautiful documentary about the love story between Terry Donahue and Pat Henschel.

A champion of the LGBTQ rights movement has passed away. Phyllis Lyon died of natural causes at 95.

I wanted to pay tribute to this amazing lady today. It’s sad to see this LGBTQ icon go. We are losing a role model in the battle for equal rights and a witness to the evolution of our movement.

Phyllis Lyon will have seen and experienced everything with her wife. She spent 50 years fighting for our rights.

Lex, The App That Puts Text Back At The Heart Of Queer Dating

Here’s the new application that allows LGBTQ women for meeting lovers and friends, all in text, because profiles don’t have pictures.

These Two Lesbians Can Finally Live Their Love Freely

A lesbian couple showed their love on television, a revenge for them who fled their country where they could be sentenced to death.

Same-Sex Couples Are Happier In Marriage Than Straight People

A study by Michael A. Garcia and Debra Umberson published in the Journal of Marriage and Family entitled “Marital Strain and Psychological Distress in Same-Sex and Different-Sex Couples” got together “756 midlife U.S. men and women in 378 gay, lesbian, and heterosexual marriages” to find out which married couples are happiest five years after marriage equality was legalized in all American states.

Is it lesbian couples, gay couples, or straight couples? Are you curious to find out the results?

Pet Owner Thinks Her Cat Is Lesbian And Has A Girlfriend

Pet owner felt her cat might be a lesbian and had a girlfriend, but being unsure and curious to find out the truth, she shared her questions on Twitter. Immediately, a wave of responses came in confirming the good news.