These Two Lesbians Can Finally Live Their Love Freely

A lesbian couple showed their love on television, a revenge for them who fled their country where they could be sentenced to death.

Fad and Nanz - both are aliases - met on Snapchat while living in their home country, Saudi Arabia. For years, they kept their relationship a secret, which was not always easy.

In Saudi Arabia, same-sex relationships are sentenced by the death penalty.

The situation became tense when Nanz’s relatives had suspicions as she was turning down potential husbands one after the other.

When the two young women were later summoned by the Saudi authorities for questioning, they realized that fleeing their country was the only way they could continue to be together, even if it meant leaving their families.

Fate smiled on them in 2018 when travel restrictions for Saudi women were lifted. 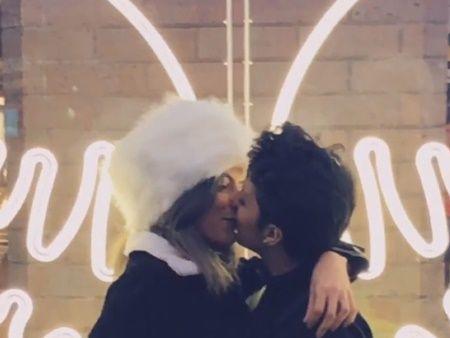 Fad and Nanz were recently granted asylum in England for five years and now live in London where they are free to love each other.

Nanz’s relatives promptly cut all ties with her after the two women openly showed their love on social networks. They also shared their story during a Valentine’s Day special on the TV show ‘Jaafar Talk’ that airs on the Arabic-language DW channel.

They talked about how they met and about being lesbians in a country where same-sex relationships are condemned to the death penalty.

Their smiles are the most beautiful of victories.

More in this category: « Same-Sex Couples Are Happier In Marriage Than Straight People Lex, The App That Puts Text Back At The Heart Of Queer Dating »