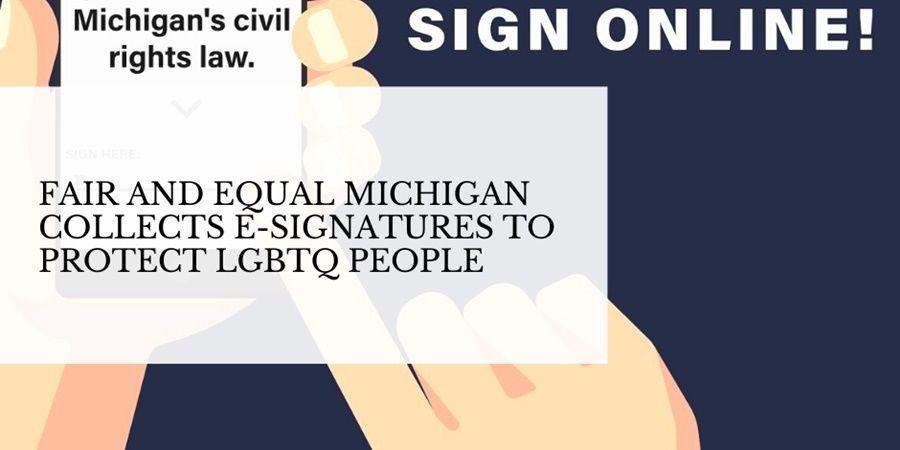 Fair and Equal Michigan is trying to gather the signatures and send the initiative that would add protections for LGBTQ people in the state’s Elliott Larsen Civil Rights Act on the November ballot, and that’s quite a challenge!

Everything was fine before the coronavirus pandemic spread across the United States.

The attempt to add protections for LGBTQ people in the anti-discrimination law had the board of state canvassers’s approval, and the campaign to send the proposal on the November ballot had started well.

Polls had also shown overwhelming support with over three-quarters of Michigan residents in favor of the initiative.

The group is now trying a new method, signing online, hoping that it will be approved.

Steve Liedel, a Lansing attorney and legal counsel to the ballot committee, explains that a virtual John Hancock is used to sign all kinds of public documents, so why wouldn’t it work with petitions?

“It’s quite clear an electronic signature is a legal signature in terms of Michigan law,” he said. “There is nothing in Michigan election law that it has to be signed with a pen or ink or manually.”

This new method was reinforced by an executive order signed by Governor Gretchen Whitmer during the coronavirus outbreak. The order calls on the government and public agencies to accept electronic signatures. But does the order apply to the LGBTQ petition?

Of course, opponents ask that these virtual signatures be disregarded.

As for the government of Michigan, it is looking into the matter.

“We were informed by Fair and Equal Michigan that they were going to collect signatures electronically. They did not ask for our permission to do so,” said Tracy Wimmer, spokeswoman for Secretary of State Jocelyn Benson. “We have not yet determined if we can accept signatures collected as they propose, as we have not yet conducted full legal analysis and no signatures collected in this way have yet been provided to us.”

According to campaign co-chair Trevor Thomas, the organization launched the initiative with a risk-mitigation strategy in place and has been developing the electronic signature strategy for some time.

“It’s not something we just threw together overnight,” Thomas said. “We want to get it right the first time.” 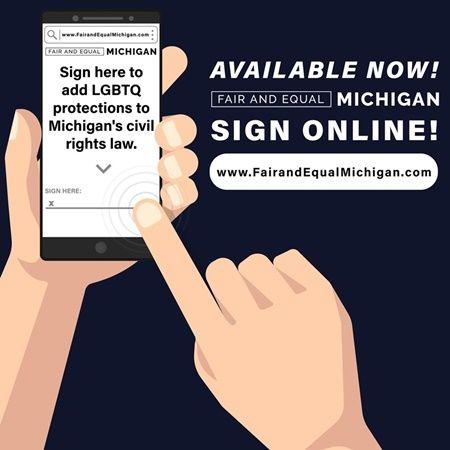 To sign the petition that would ban discrimination based on sexual orientation and gender identity in Michigan, all you have to do is:

If the campaign group successfully gather the necessary signatures, the Legislature will then have 40 days to vote on a law, reject the initiative or ask voters to decide in November.