The Supreme Court’s Decision To Have Far-Reaching Consequences 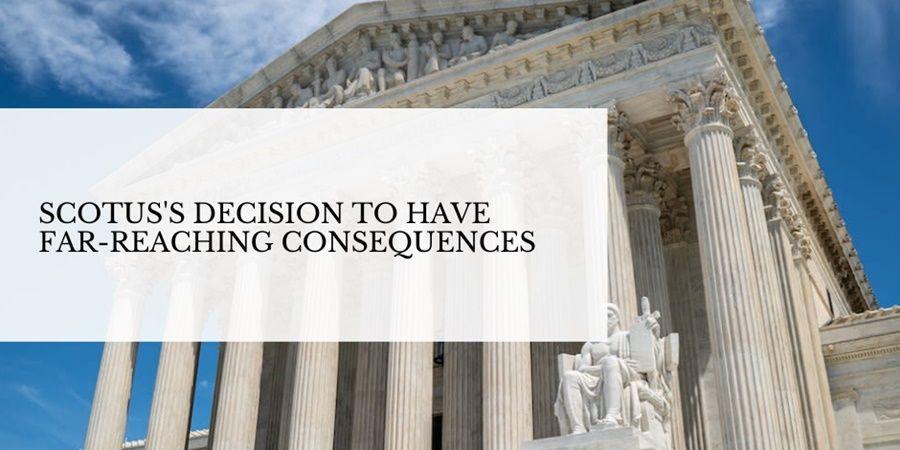 In recent years, there have been many cases of LGBTQ people being dismissed. I’ve shared the cases of lesbians who have been fired after getting married on several occasions.

Many of those cases ended up in court, a way to stop this blatant discrimination based on sexual orientation or gender identity and seek justice after being left destitute overnight.

It is for this reason that a large proportion of LGBTQ+ people aren’t out at work even today, afraid of being fired.

Complaint after complaint, and appeal after appeal, the cases finally landed in the US Supreme Court, which agreed to hear their cases and rule on discrimination against LGBTQ+ workers.

Before the Court’s decision, 22 states, and the District of Columbia, had laws protecting workers based on their sexual orientation, and 21 also protected workers from discrimination based on gender identity.

I think there was a lot of fear about the Supreme Court’s decision, especially after Donald Trump was elected as he appointed two justices to make the court more conservative.

Before the court made its decision, the government had explicitly asked it to oppose the recognition of discrimination based on sexual orientation and gender identity.

But the Supreme Court ruled in favor of our community last Monday with a 6-3 vote considering that Title VII of the Civil Rights Act protects LGBTQ+ workers.

“An employer who fires an individual for being homosexual or transgender fires that person for traits or actions it would not have questioned in members of a different sex. Sex plays a necessary and undisguisable role in the decision, exactly what Title VII forbids,” wrote Justice Neil Gorsuch in the Court’s opinion.

It also reads: “There is simply no escaping the role intent plays here: Just as sex is necessarily a but-for cause when an employer discriminates against homosexual or transgender employees, an employer who discriminates on these grounds inescapably intends to rely on sex in its decision-making.”

We were afraid that discrimination against LGBTQ+ people in the workplace would be legalized, but we won! I still can’t believe it! lol

This protection of LGBTQ+ people in employment will have important consequences across the country. I can’t wait to find out what will happen as a result of this decision, whether in the states or even in the municipalities.

It also opens the door to other changes, because while LGBTQ+ workers can no longer be discriminated in the workplace, there are still students, athletes, couples, women in our community who are still victims of injustice.

Must we accept that couples are discriminated against by public service companies?

Must we agree that women cannot use public bathrooms, that female students cannot use girls’ locker rooms, that athletes can no longer practice the sport they love?

And I could go on and on with this list for quite a while...

The answers to these questions are obvious, at least to all of us, but it isn’t yet clear to others.