Democrats Make Great Promises To LGBTQ+ People In Their 2020 Platform 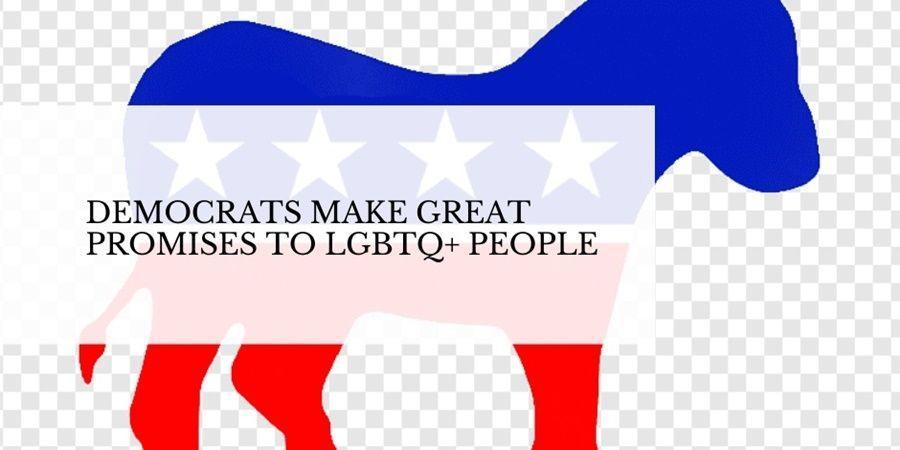 The 2020 Democratic party platform is still pro-LGBTQ. This time, in addition to the references made in the text, there are whole paragraphs dedicated to LGBTQ+ issues.

Democrats want to protect the LGBTQ+ community from the bigotry and hatred that has grown under the current administration.

Trump and his team have been working for four years to dismantle the legislation that the Obama administration has put in place, including health protections fro the LGBTQ+ community under the Affordable Care Act.

“We condemn the Trump administration’s discriminatory actions against the LGBTQ+ community, including the dangerous and unethical regulation allowing doctors, hospitals and insurance companies to discriminate against patients based on their sexual orientation or gender identity,” the draft platform says. “Democrats will reverse this rule-making and restore non-discrimination protections for LGBTQ+ people in health insurance.”

The U.S. presidential elections will be held in November. If elected, Democrats also promise to push the Equality Act.

“We will fight to enact the Equality Act and at last outlaw discrimination against LGBTQ+ people in housing, public accommodations, access to credit, education, jury service and federal programs,” the draft platform says. “We will work to ensure LGBTQ+ people are not discriminated against when seeking to adopt or foster children, protect LGBTQ+ children from bullying and assault and guarantee transgender students’ access to facilities based on their gender identity.”

When you know Republicans have just copied and pasted the 2016 platform, which still includes support for "conversion therapies", opposition to any protection for transgender people, and their wish for a constitutional amendment to ban marriage equality when two out of three Americans support marriage for same-sex couples!

Now, of course, Democrats have to be elected.

Biden is making himself scarce in the campaign. He has also cancelled meetings because of the coronavirus. Will everything he does be enough to win? We shall see.

We know that some people already plan to vote against Trump by choosing Biden but it's going to be a close game.

In any case, these are all fine promises made by the Democratic clan. It really makes one dream after those four years of Trump.

More in this category: « LGBTQ History Curriculum To Be Taught In Illinois Public Schools! Kansas Extends Protections Against Discrimination To LGBTQ People »