With Northern Ireland finally legalizing marriage equality, which will come into force in January 2020, there was only one tiny British territory, the isle of Sark, which had not legalized marriage for same-sex couples yet.

(I don’t include here Overseas Territories such as Anguilla, British Virgin Islands, Cayman Islands, Montserrat, and the Turks and Caicos Islands where marriage equality is not possible.)

As you can see on the map below, Sark is a small island with 500 inhabitants, a fief within the bailiwick of Guernsey, with its government called Chief Pleas and an independent legal system. 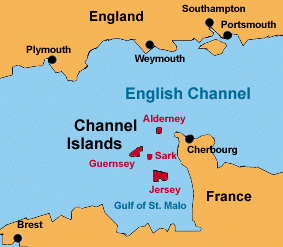 Last year, they decided it was time to allow marriage for LGBTQ couples.

“As society and attitudes have advanced greatly, the Committee would like Sark to be able to offer Same-Sex Marriage on the Island,” Councillor Peter La Trobe-Bateman said in a report. “The legal recognition of same-sex partnership is an important issue and one which Sark must address if it is to be regarded as a jurisdiction that takes equality seriously.”

Especially as it could be a godsend in attracting many tourists.

“It’s the perfect wedding venue. To open it up to same-sex couples is fantastic for them and fantastic for us. The more people we bring here, the better,” Sam Le Trobe Bateman, the chairman of Sark’s Policy and Finance Committee, told the BBC.

So they introduced a law in October 2019 which was approved on December 17. All that’s left is the approval of the British Privy Council and Guernsey’s Royal Court, but that shouldn’t be a problem. Guernsey has indeed become the first island to legalize marriage equality in 2018.

As a result, we can already declare the entry into force of Sark’s marriage equality law in February 2020.

More in this category: « Yulia, Yelena, And Yekaterina: Three Victims Of LGBTQ Persecution In Russia French Senate Approves The Opening Of Insemination To All Women »