The US women’s soccer team has broken all records for success in competitions. This summer, they won the soccer world cup in France for the fourth time.

Acclaimed by people, players like Megan Rapinoe have become role models and yet they are still paid less than men. So they set themselves a challenge: to get the same salary as male soccer players.

Of course, it’s not about money. I think you all understand that it’s about no longer being considered as secondary athletes as if all these victories mattered less. Time is on their side as women’s rights are finally at the heart of the news.

To get the same salary, 28 members of the US women’s soccer team filed a complaint against the US Soccer Federation last March in a US District Court in California.

They argue that the federation’s payment practices amount to federal discrimination by paying women less than men “for substantially equal work and by denying them at least equal playing, training, and travel conditions; equal promotion of their games; equal support and development for their games; and other terms and conditions of employment equal to the MNT [Men’s National Team].”

A glaring example of what this discrimination represents is cited in the lawsuit. Here it is: if both women’s and men’s teams won 20 consecutive games in a season, women would earn 38% less than men. 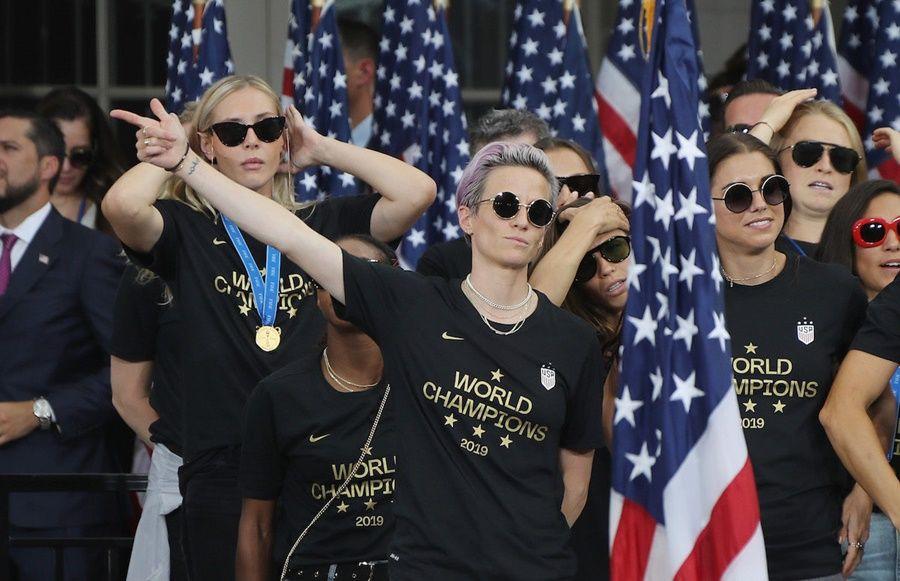 But to continue this legal process, the U.S. women’s soccer team had to first get the right to class status.

The good news came to me a few days ago. Federal Judge R. Gary Klausner ruled in favor of their motion. By obtaining the right to class status, they succeeded in taking the first step.

“We are so pleased that the court has recognized USSF’s ongoing discrimination against women players -- rejecting USSF’s tired arguments that women must work twice as hard and accept lesser working conditions to get paid the same as men,” said the spokeswoman for the players Molly Levinson.

I hope this battle will open the door to others; a little like LGBTQ rights. This is about making history and making a difference for future generations. The trial will take place in May 2020.

More in this category: Chelsea Wolfe Tries To Get Her Ticket For The 2020 Summer Olympics In Tokyo »