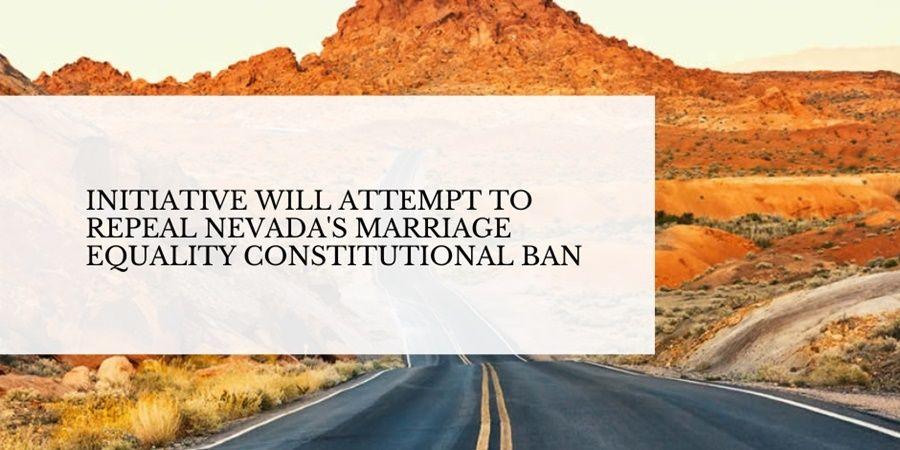 It so happens that the prohibition of marriage equality remains in the Nevada constitution. An initiative will therefore seek a statewide vote to repeal it.

It’s time to get rid of it once and for all, don’t you think?

The ban defines marriage as a union between one man and one woman in Nevada’s constitution.

Of course, with the legalization of same-sex marriage across the United States in June 2015 following a Supreme Court ruling, the constitutional amendment, which was approved in Nevada by a majority of voters in 2002, is no longer valid, but it remains there, like a threat.

“That just is a reminder that we can never rest on our laurels,” Andre Wade, the director of Silver State Equality, said. “Regardless of what happens in the Supreme Court, there are always threats. We never know what’s going to happen.”

Civil rights groups including the American Civil Liberties Union and the Human Rights Campaign have just launched the “Yes on Question 2” campaign to promote the initiative, which will be put to a vote in November.

“Our hope is that with a decisive victory in November, we can indicate that the fight against LGBTQ rights won’t be successful at the ballot box in the future,” said Briana Escamilla, the director of the Nevada chapter of the Human Rights Campaign. “We know that we can’t take anything for granted.”

The initiative calls for the replacement of the current definition of marriage so that the constitution will recognize all marriages, regardless of gender.

It also provides for all marriages to be treated equally under the law.

The initiative had successfully passed the first two stages in 2017 and 2019, having been approved each time by two-thirds of the state legislators as required.

These constitutional amendments are not often discussed, but still too many marriage equality bans remain in state constitutions.

This initiative is the first of its kind in Nevada and would be the perfect conclusion to the battle for marriage equality that has taken place in the state.

More in this category: « Kansas Extends Protections Against Discrimination To LGBTQ People Fair And Equal Michigan Sent Nondiscrimination Bill To The Ballot »