Poll: Are Americans Ready For A Gay President?

Is the United States ready for a gay president? That’s what a new survey tried to find out.

This Quinnipiac University poll directly refers to Pete Buttigieg, who is a gay and married man and one of the top five candidates of the Democratic party in the 2020 presidential race.

Who is in favor of a gay president? 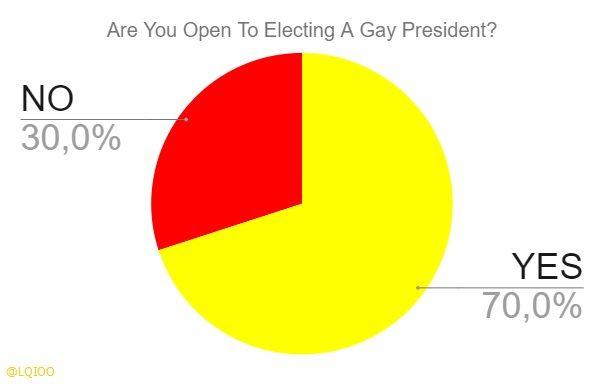 But are the United-States ready for a gay president? 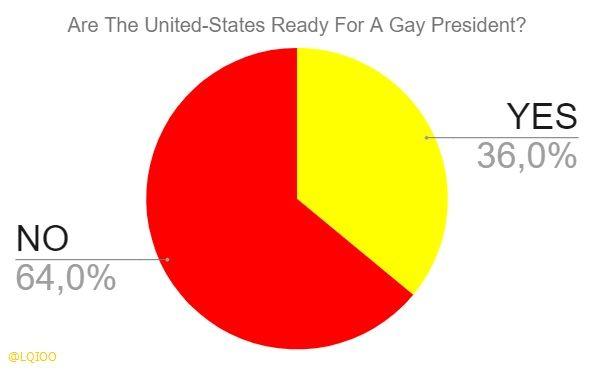 There are still too many voters who are not ready: When I look at these figures, I honestly expected more opposition, not you? 58% of Republicans. I would have thought of 70%, perhaps even 76%, with the atmosphere of hatred that has developed since Trump’s election.

For the time being, Pete Buttigieg’s sexuality is still a barrier for many people. They still focus too much on this before they think about his skills.

Are Americans ready for a female president?

Beyond that, the survey also highlighted a brand new fact, a great evolution, namely that the United States are ready for a woman president!

From now on, those who are against it only represent: 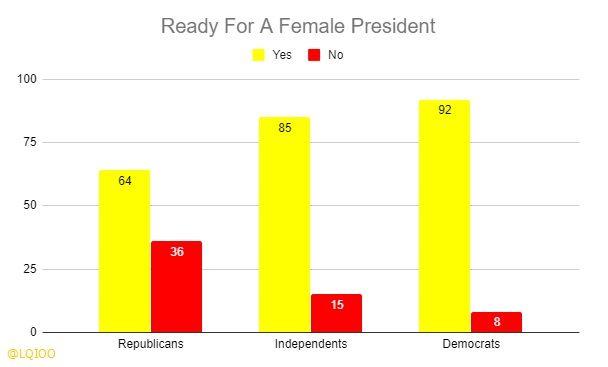 What an evolution in four years!

By the way, do you want to know the next President of the United States? Or at least to have a very clear idea of the winner? I mean before everyone else?

I’ll show you something I’ve learned recently. First, let me explain the concept to you.

To be a good leader, whether in a company, in sport or politics, you have to show the future; you have to give people hope.

And if you don’t, if you stay in the present, people don’t follow you.

So you have to look at the slogans:

It’s crazy, isn’t it? So look closely at the candidates’ slogans and ask yourself if he/she is talking about the future, it will give you an idea of who will have a chance and who won’t.

More in this category: « LGBTQ Families Are About To Be Further Discriminated Against Trans Awareness Month: San Francisco Celebrates The Transgender Community »