Alice Wu Is Back With Lesbian Romantic Comedy “Half Of It” You may have watched Alice Wu’s lesbian romance “Saving Face”, released in 2005. Well, Wu is back with a new lesbian rom-com called “The Half of It”.

From Saving Face to The Half Of It

I loved “Saving Face”! It was one of the few films that had a happy ending, and it was like a relief. It had also offered visibility to Asian LGBTQ women and beyond that, it was simply a beautiful, well written, and well-directed story.

But Alice Wu ended up being tired of the tiny place given to female filmmakers in the film industry, while she found out she loves to work on her projects. After “Saving Face”, she was offered to direct other movies, but never without full freedom.

So when her mother had serious health issues, Wu preferred to take care of her and left the industry.

But one day, Donald Trump was elected.

That’s right! As incredible as it may be, the “Half Of It” movie would never have seen the light of day without Donald. 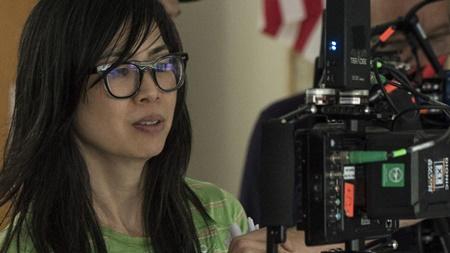 Then, Wu explains that she took it to Netflix because of the opportunity it gave the film to be seen by a large number of people.

I am delighted to see Alice Wu’s new film “The Half of It”, a teenage takeoff on Cyrano de Bergerac, 15 years after “Saving Face”.

What is “The Half Of It” story?

“The Half of It” follows three characters. Ellie Chu (Leah Lewis) is a smart Chinese lesbian living in a small town called Squahamish. She is probably the only lesbian and the only Asian girl in her high school, and perhaps the only one in Squahamish. She suffers from the mockery of her classmates.

Ellie divides her life between classes, writing other people’s homework for money, taking care of her depressed single dad, paying the bills, doing some of her father’s work at the train station while also playing music.

“She’s very intelligent and very withdrawn and keeps to herself — and she’s incredibly rich, internally,” says actress Leah Lewis about her character.

Her writing skills are well known, and that’s why second-string football player Paul Munsky (Daniel Diemer) comes to her for help with a letter to his secret sweetheart, Aster Flores (Alexxis Lemire). Except Ellie is in love with Aster too. 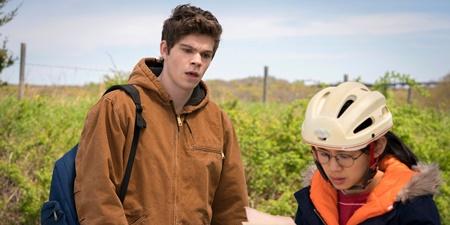 Ellie at first refuses to help Paul before agreeing for financial reasons.

“This is about the two least likely people somehow crossing paths and affecting each other,” Wu tells EW about Ellie and Paul. “Their collision [is] sort of the heart of the story.”

After a first letter, a correspondence develops between Aster and Ellie in the form of notes and then texts. A bond forms between the two girls, even though Aster thinks it’s Paul. But one day, the truth is revealed. 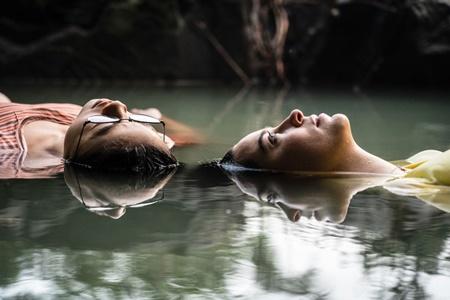 This is a lovely movie on friendship, budding love, discovery, and self-acceptance.

And even if we want the story to continue because it’s a great one, I think the end of the film, Ellie’s very last scene in which she looks at the other passengers on the train before settling down, gives the viewer the freedom to choose whether Aster is there too.

“The Half Of It” has already won the Best Narrative Feature award at the Tribeca Film Festival and it’s just the beginning.

Director Alice Wu is back with a new lesbian teen rom-com called “The Half of It” that you can watch on Netflix now. Here is the trailer: