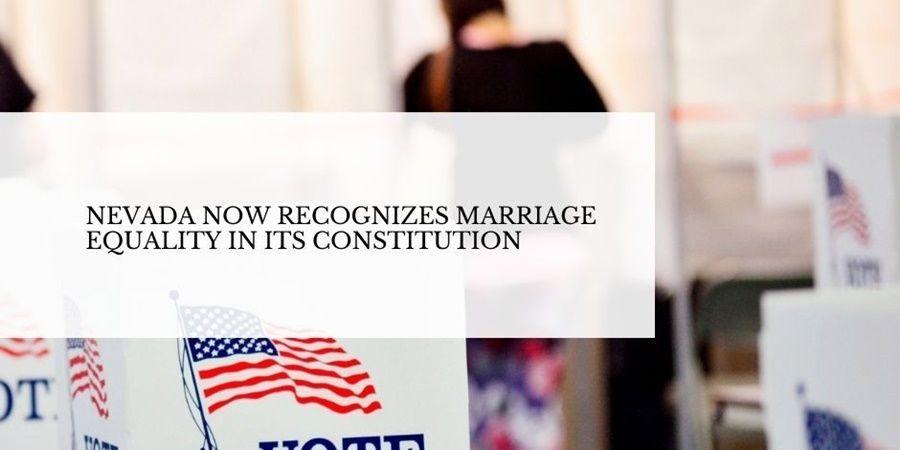 The U.S. presidential election will have kept us on tenterhooks for a week, but beyond the final result, we were also waiting to see if Nevada voters would agree to recognize marriage equality in the state’s constitution.

Remember, two months ago I announced that the initiative to remove the marriage equality ban from Nevada’s constitution had successfully passed the various stages and was now ready to be sent to the vote.

Question 2 on the ballot asked voters if they supported the constitutional amendment defining marriage “as between couples regardless of gender.”

There was a lengthy wait to see if they approved the initiative since Nevada was one of the last states to report its results.

But the good news was that Nevada became the first state in the United-States to recognize equal marriage directly in its constitution.

More in this category: « Texas Allows Social Workers To Discriminate Against LGBTQ People Becca Balint Is The President Pro Tempore Of The Vermont Senate »