Debates On Marriage Equality Have Begun In Switzerland 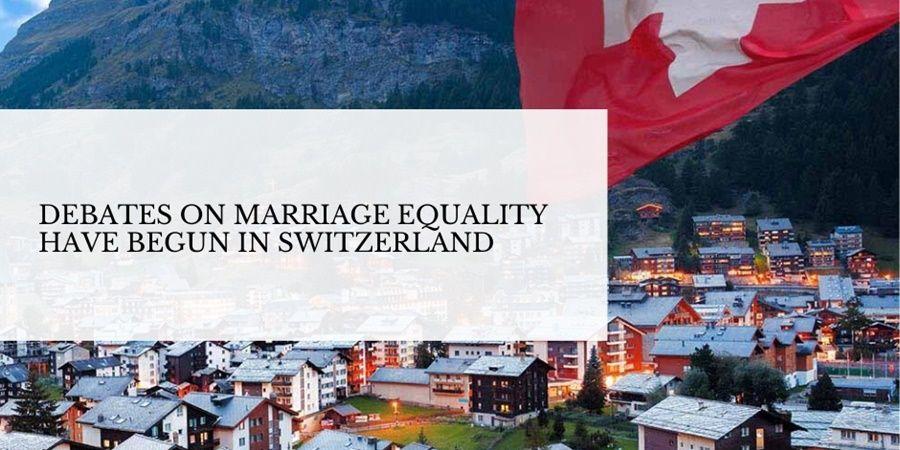 In Switzerland, LGBTQ couples would like to enjoy the same benefits as straight couples, benefits to which they don’t lay claim to as equal marriage isn’t legal and same-sex partnerships, which were legalized in January 2007, don’t provide complete equality of rights.

In 2013, Kathrin Bertschy launched an initiative called “Civil Marriage for Everyone” to address this issue.

It took six and a half years for parliament to finally consider the bill, but sadly the ruling party (UDC) is not in favor of it and Swiss legislators are well known to be very conservative.

There will first be a vote in the lower house that seems to be a foregone conclusion, but it will be more difficult in the upper house.

Nevertheless, if it is negative, it will be possible to challenge the vote by gathering the 50,000 signatures required to hold a referendum within 100 days after the vote.

The adoption by voters last February of a legislation prohibiting discrimination based on sexual orientation and the almost total support, i.e. 80% of the population in favor of equal marriage, gives hope of a victory.

Thirteen years ago the same-sex civil unions were legalized and nothing has happened since. If marriage equality were legalized, it would automatically start the discussion on adoption and on opening up insemination to LGBTQ+ women in the country.

So there is room for hope in Switzerland!

More in this category: « Anti-LGBTQ Hate Is Still On The Rise In France The Most And Least LGBTQ-Friendly Countries In Europe »