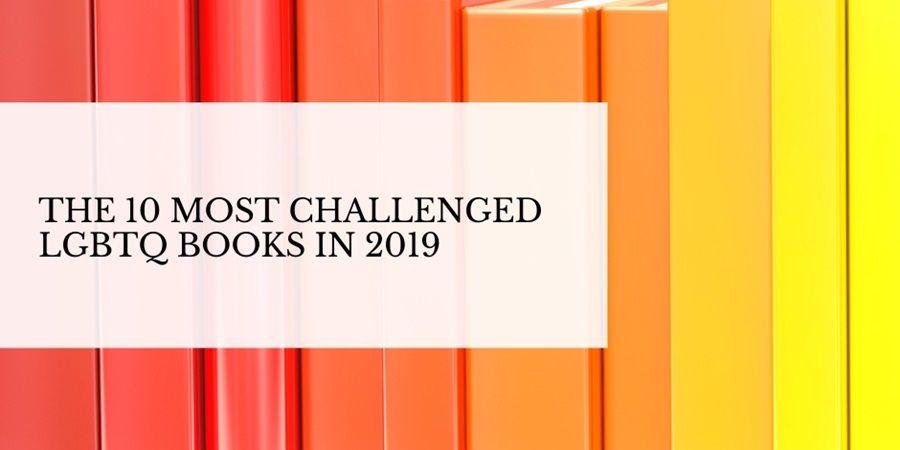 The American Library Association (ALA) released its annual report on banned or challenged books in schools, universities, and public libraries in 2019.

This time, we see that most of the challenges involve LGBTQ books.

Public libraries make books available on a wide variety of themes since their goal is to satisfy as many readers as possible.

Challenging a book is almost a request for censorship. Sometimes, it proves to be necessary. An example of this would be books defending hatred that do not belong in public libraries.

“This year, we saw the continuation of a trend of a rising number of challenges to L.G.B.T.Q. books,” said Deborah Caldwell-Stone, executive director of the library association’s Office for Intellectual Freedom, which compiles the list.

“Our concern is the fact that many of the books are age-appropriate and developmentally appropriate books intended for young people, but they are being challenged because they allegedly advance a political agenda or sexualize children,” she said. According to the association, the challenges came from parents, legislators, and religious leaders.

“Libraries are community institutions, intended to serve diverse communities,” she added. “That includes all kinds of individuals and families.”

In 2018, 347 books were banned or challenged. The ALA had already noticed an increase in attempts to censor LGBTQ stories.

Fortunately, these requests are not always successful, but the fact that they are made is still a cause for concern.

As the ALA has also pointed out, challenges often represent what is going on in society, and this is again the case this year.

Here’s The List Of The Top 10 Most Banned or Challenged LGBTQ Books In 2019:

More in this category: « Cameron Esposito Released Her Memoir Entitled “Save Yourself” Lesbian Literature Festival ReadOut2021 To Be Held On Zoom »